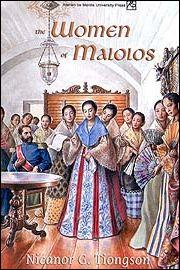 
1899 - Only 10 months into the Philippine-American War (1899-1914), Daniel Tirona, an Emilio Aguinaldo loyalist,  surrenders his troops in Cagayan Valley before the enemy Bald Eagle forces; Tirona, then secretary of war of the Katipunan chapter Magdalo, was responsible for insulting secret-society-turned-revolutionary-government Kagalanggalangang Katipunan  nang  manga Anak nang  Bayan (KKK Supremo Andres Bonifacio  after being elected Interior Minister during the controversial Tejeros Convention and for earlier propagating poison letters against the latter;  the easy surrender of the Cagayan Valley forces would be ascribed to the "infamy, cowardice, and shamelessness of General Tirona," who would then subsequently infamously act as the personal servant of an American captain, bearing the insults of his former soldiers and civilians with such unmanly lack of pride, until his rapid promotion as the household's mayordomo.


Photo credit: WikiPilipinas
Posted by Jesusa Bernardo at 11:30 AM