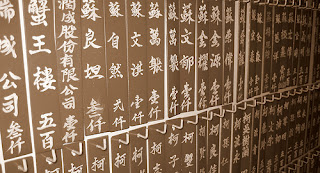 1603 - The cabildo of the Cathedral informs the colonial King of Spain of the revolt of the Chinese and the subsequent conflagration in Manila in the Southeast Asian colony, the Philippines; earlier in September the same year, rumors of a Chinese uprising circulated about a week before it took place in October 3 when the Chinese in Manila gathered in Binondo and Tondo to battle the colonial Spanish soldiers in an uprising said to have been provoked by the Spaniards themselves; unfortunately, the Chinese were slaughtered by the thousands by the colonial forces that included Kapampangan and Japanese conscripts and even a company of Jesuits friars within only half a century of Spanish colonization; the 1603 slaughter of some 23,000 Chinese would be the first of a total of six massacres of Chinese under the Spanish colonial rule.