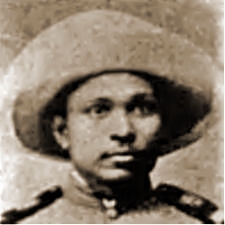 1904 - Gen. Artemio Ricarte y Garcia, the Filipino military official of Emilio Aguinaldo's Philippine Republic who never swore allegiance to the imperialist United States of America, is confined at Bilibid Prison in Manila following his treacherous arrest while trying to drum up renewed support against the American invaders during the Philippine-American War (1899-1914); Ricarte was earlier exiled to Guam (and then Hong Kong), along with other Filipino leaders, but secretly returned to the the country to reunite with former members of the Philippine Army and rekindle the Philippine Revolution.

Posted by Jesusa Bernardo at 5:51 AM