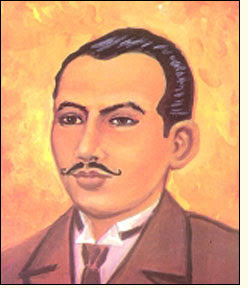 1899 - Four months into the Filipino-American War, 10,000  Murata rifles, 6,000,000 rounds of ammunition, and other war supplies purchased by Mariano Ponce from the Japanese start sailing aboard the Nonubiki Maru from Nagasaki to the Philippines; earlier in  September 1898, Ponce and F. Lichaucho had sought approval  for arms purchase in a letter to Apolinario Mabini, President  Emilio Aguinaldo's chief adviser, stating that Japanese  officials are inclined to favor the Philippine cause against the North American imperialist aggression although  they only wish to avoid "the possibility of a conflict with...  the Yankee one."

Posted by Jesusa Bernardo at 8:16 AM