______ - The first issue of "El Heraldo  de la Revolucion" (Herald of the Revolution), the official organ of the First Philippine Republic, is issued at Malolos, Bulacan where the Southeast Asia's  Revolutionary Congress was meeting in the task of drafting the country's first constitution; the development comes amidst the framework for imperialist American invasion/occupation already beginning to be laid and more than four more months before the Philippine-American War (1899-1914) is instigated by the Bald Eagle President William McKinley to precipitate a war in the bid to push the American Congress to approve and fund the annexation [read: translation] of the Southeast Asian islands in what will be America's first ever imperialist war, the "First Vietnam"; El Heraldo's name will later be changed to "Heraldo Filipino," "Indice Oficial, and finally, to "Gaceta de Filipinas,"with the last issue of the publication coming out on the first year of the Fil-Am War.


1898 - The Congress of the First Philippine Republic  under Gen. Emilio Aguinaldo y Famy ratifies the Independence of the Philippines earlier proclaimed  on June 12 of the same year; also known as the Malolos Congress, the legislative body earlier opened 14 days ago in the task of drafting the first Constitution of the Philippines, effectively the first republican constitution in Asia; the development comes despite the August 1898 Peace  Protocol and Mock Battle of Manila  wherein the treacherous Americans falsely made it appear that their forces were the ones who subdued the  Spaniards and not the Filipino revolutionaries, and amidst the fact that Spanish military officials and soldiers have been surrendering to the natives even in Visayas and Mindanao islands where the Philippine flag also already flies despite their failed attempt to isolate them from Luzon island; in four months time, the bloody and protracted  Filipino-American War (1899-1914) will break out upon the vile instigation of the Bald Eagle nation, with the American regimental commanders in Manila scheming to fire the first shots that will first victimize Filipino soldiers peacefully crossing the San Juan Bridge on February 4, 1899; nearly a year and a half earlier, with the second phase of the Himagsikan intersecting with the Spanish-American War, the Filipino leader agreed to cooperate with Admiral George Dewey in fighting Spain based on the verbal promises of the latter and other American officials in the Manila/Southeast Asia that the U.S. will honor Philippine Independence, with Aguinaldo stupidly allowing the free entry of G.I.s into the archipelago. 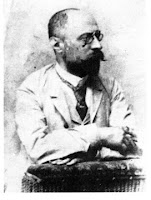 1890 - Filipino reformist, patriot, and polymath  Jose Mercado Rizal writes his Austrian friend Ferdinand Blumentritt during the Spanish Colonial rule, saying that because Spaniards are only impressed by valor and might, failing to appreciate the artistic sense of the Tagalogs; Rizal adds that is a good thing because that has left the (hated) friars limited to securing the services merely of intriguers and not genuinely talented Filipinos.

http://joserizal.info/Biography/man_and_martyr/chapter04.htm
Posted by Jesusa Bernardo at 9:10 AM