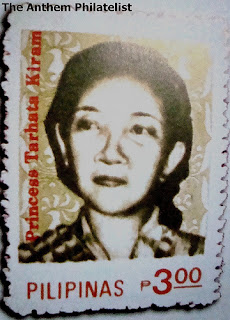 1979 - Muslim Tausug leader Princess Tarhata Kiram, a strong-willed and liberal-minded early Filipina feminist, dies of heart failure at age 75 at the Veterans Memorial Hospital in Quezon City, Metro Manila; a heir of the original rulers of the island of Sabah (now part of Malaysia because the British failed to return the leased island), Tarhata became known in local politics for finding ways to plug the laws disadvantageous to the Muslims; as the first woman pensionado (educated in the University of Illinois in the imperialist United States mainland) during the American colonial period her early show of feminist will--seeking education thousands of miles away from home--is remarkable during a time when, and in a culture wherein, women were expected to be mere homemakers; she is also noted for helping avert greater  bloodshed during her people's revolt in Jolo (led by her husband Datu Tahil , veteran of the 1913 Philippne-American War battle of Bud Bagsak) when she set out to talk with imperialist Governor-General Leonard Wood in January 1927 to try to ask for a Moro governor for their province of Sulu.


Photo credit: http://asakiyume.livejournal.com/466854.html
Posted by Jesusa Bernardo at 8:59 AM