1935 - The colonial-era Constitution of the Philippines during the imperialist American ("Commonwealth") period is ratified by a plebiscite held after United States President Franklin D. Roosevelt certified it as conforming with Public Act No. 127 earlier passed by the US Congress; the 1935 Charter will serve as the fundamental law of the Philippines from 1935 and will be amended in 1940 and in 1947, two years after neo-imperialist America grants its colony "independence"; Claro M. Recto, who will be one of sternest critics of American colonial rule, advocating Philippine autonomy and removal of the US military bases, and the controversial parity rights that gives Americans the right to exploit Philippine natural resources, served as the president of the 1934 Constitutional Convention that drafted the said Charter. 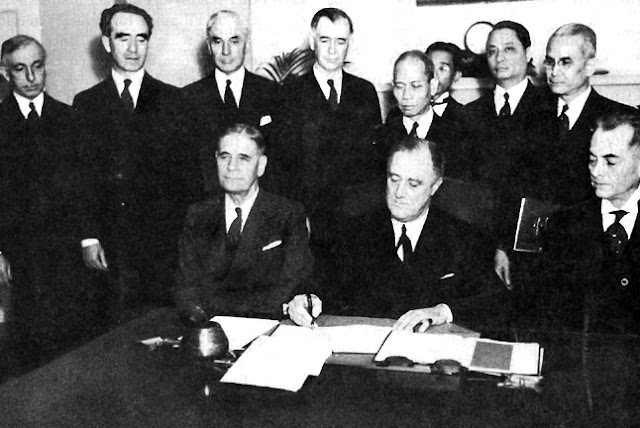