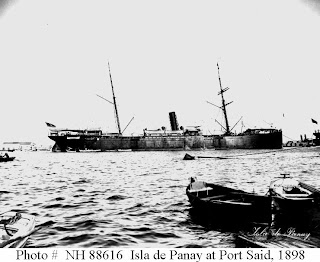 1896 - Filipino patriot, reformist, and polymath  Jose P. Rizal appears before Spanish colonial officer  Col. Francisco Olive to answer the charges of  rebellion, sedition, and conspiracy pressed against  him; Olive was the same colonial officer who led a  company of soldiers in ejecting Rizal's family and  other tenants of Calamba five years earlier; Rizal  was arrested in October 1896 as he was aboard  the Isla de Panay en route to Cuba, another Spanish colony where he volunteered to minister to yellow  fever victims in the bid to disassociate himself  from the Philippine Revolution that broke out  prematurely in August of the same year; earlier in  October 29, when the boat he was made to board  for return to the Philippines, the S.S. Colon, arrived  at Singapore, the writ of Habeas Corpus he was the  object of was turned down owing to the fact that  his detention was ordered by the Spanish  government and that his boat carried the Spanish  flag.

Posted by Jesusa Bernardo at 7:07 AM